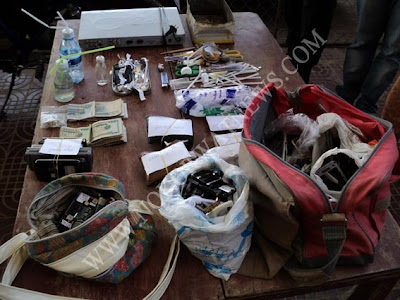 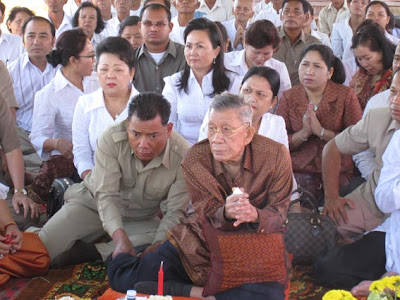 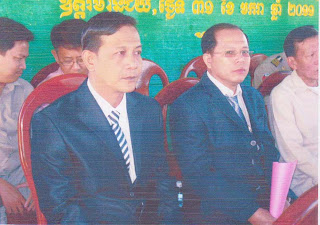 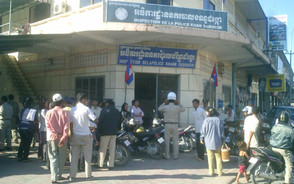 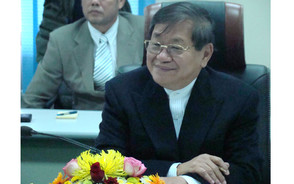 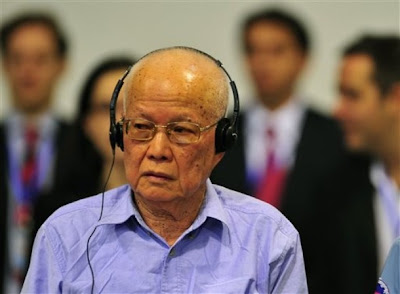 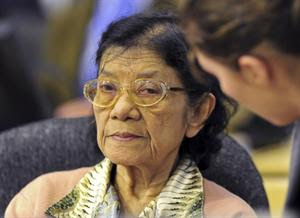 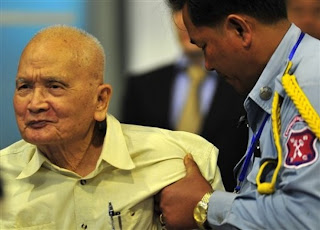 COMMENTARY: THE PAD NAKED STRATEGY: TAKING CAMBODIA HOSTAGE WILL LEAD TO A MILITARY COUP AND WAR

The PAD is the biggest Thai political spoiler and loser. Past successes of this nationalist movement in bringing down the elected government of Thaksin Shinawatra, the legitimate government of Samak Sudaravej and the government of Somchai Wongsawat has proven without a doubt that the PAD is simply a tool in the grab for power, by the established Thai political power houses to be discarded after being used. Many Democrats, including Abhisit Vejjajiva and Kasit Pyromya were the center stages of PAD movement when Bangkok Suwannaphuma airport was taken hostage by the PAD. But when the Democrats came to power, PAD leaders were nowhere to be found. The mouth-watering ministerial and under-ministerial posts were distributed to members of the Democratic Party and others political parties’ members allied with the Democratic Party. The sickening reality forces the PAD to form a political party, the New Politics Party (NPP) which has been crippled from the start. The PAD is irrelevant as a political party, but yet hugely relevant as a tool in the grab for power by the others. Who do not want to use a tool for free?
Pre-election euphoria turned Thai national past time after the rainy season and harvest time, as usual, hits Thai societies and people like sermon water released by monks while chanting Buddhist prayer. They enjoy their political life under a brand of democracy unique to Thailand.  No winners, no losers, because the fate of Thai national politics is decided solely by “known invisible hands,” that are beyond all thinkable blames and without responsibility. Divide and rule are their core values. This explains why governments come and go so easily, why street protests are popularly appealing, and why the military coups are subject of fertile speculation that they will occur when street demonstrations grew to their ripening.
At every turn, since 2005 the PAD has played the same hand of the same “Cambodian card” and won, not for the PAD itself, but for the others, including Abhisit Vejjajiva and Kasit Pyromya, in 2007. How about this time? The answer is simple, extremely difficult to predict, not even worth to speculate. And the damn question is: Will those “known invisible hands” go along with the three (3) demands of the PAD, or will they go along with the rejection of the PAD demands by the Abhisit government? Go along with the three (3) demands of the PAD means that a military coup will likely take place, and a war of aggression by Thailand against Cambodia will likely materialize. Go along with the rejection of the demands of the PAD by the Abhisit government means that the territorial claims by Thailand will be resolved peacefully.
It is frustratingly unfortunate that the ultra-nationalist elements of Thai population continue to take Cambodia hostage of their internal political squabbles for no valid legal, historical and factual reasons. The PAD and other Thai ultra-nationalists had never brought evidences to back up their claims of losing territory to Cambodia. Their words are mere innuendo, suggestion, and speculation. On the other hand, Cambodia has brought to the open the evidences that:

Cambodia wants to live in peace with all neighbors. But if a war of aggression is imposed on her, the only choice she has is to fight to protect the territorial integrity and safeguard national sovereignty.  Samdech Akka Moha Sena Padei Techo Hun Sen Prime Minister of the Kingdom of Cambodia has stated many times in many occasions that under his watch, not a square inch of Cambodian territory will be lost, and Cambodia will not encroach even an inch of foreign territory. Facing Thai hostilities caused by the PAD, the “invisible known hands” and the others, the Cambodian people are proud to have Samdech Techo Hun Sen in command and also to have our armed forces ready to fight to safeguard the motherland.
When it is not under our control, we throw our hands up in the air, and scream out loud: “So this must be it!”
Waddhana P.
Senior Analyst and Researcher on
Cambodian-Thai Relations
Institute for International Affairs, Cambodia
31 January 2011
រៀបចំ IDS Khmer ម 10:10 AM No comments:
Email ThisBlogThis!Share to TwitterShare to FacebookShare to Pinterest
Newer Posts Older Posts Home
Subscribe to: Posts (Atom)