OPINION: THAILAND MUST BE SENSITIVE TO ICAPP VOICES AND TO THE WISDOM OF WORLD OPINION

1 February 2011
There is no Cambodian flag flying over “the disputed area”. Prime Minister Abhisit Vejjajiva should not be alarmed and wrongly demand that the Cambodian flag be removed. It flies certainly over territory under Cambodian sovereignty only, in the area of the Temple of Preah Vihear.
It is Cambodia’s longstanding official position that there is “no overlapping area,” and “no disputed area” near the Temple of Preah Vihear, based on the Dangrek Map, known in legal and international circles as the ANNEX I map, accepted and used by the International Court of Justice (ICJ) in 1962 in order to make the historical, legal and international judgments of 15 June 1962, (Cambodia vs Thailand), case: The Temple of Preah Vihear. The ICJ found that Thailand had accepted the ANNEX I map, which confers the binding character of the ANNEX I map on the parties to the 13 February 1904 Convention.
The site of the Keo Sikha Kiri Svara pagoda is situated 300 meters west of the Temple of Preah Vihear and 700 meters south of the frontier on the ANNEX I map, as delimited by the Mixed Commission composed of French and Siamese officers prescribed in the provisions of Articles 1 and 3 of the 13 February 1904 Convention.
Legitimately and legally speaking, this is an area under Cambodian sovereignty, and as such Cambodia is free to fly her flag or develop infrastructure aimed at improving the living conditions of the people in communities which had been established under Cambodian administrative supervision and control. Having said that, as long as (i) it is not a Thai provocation by actions and words, (ii) not a cause to cloud the relations and mutual understandings between Cambodia and Thailand, (iii) not hidden or open violations of Cambodia sovereignty by Thailand, how Thailand sees the frontier line on the ANNEX I map would not be a concern for Cambodia. The ANNEX I map exists legally.  An international, final and stable frontier line exists legally as delimited by the Mixed Commission and as shown on the map.
Most recently, on 5 December 2010, after concluding successfully the 6th General Assembly of the International Conference of Asian Political Parties (ICAPP) represented by 89 Asian ruling and opposition political parties, ICAPP Standing Committee members visited the Temple of Preah Vihear. They stood on the grounds of the Temple, turning their eyes north, looking at Thailand, and:
As it is known universally among civilized nations in case of contention, there exist international standards, rules and procedures to resolve the differences peacefully, and in this instance between Cambodia and Thailand. Rolling tanks, sending troops to the border areas, beefed up troops with heavy weapons by Thailand are acts of provocation and the threat of using forces is imminent not to be ignored by the Cambodian people and government.
Thailand, since the days of the ICJ proceedings has shown its true color to be driven by insatiable territorial ambition over Cambodia and has resorted to innuendo, speculation and suggestion in a variety of ways intended to intoxicate international public opinion with the scheme of swaying it to the side of Thailand and to believe that Thailand is a victim of Cambodian territorial encroachment and that Cambodia has remained badly mean and aggressive and yet unpunished by the international public opinion. Sure enough, Thai people, for nationalist reasons have fallen for that. But the international public opinion, despite relentless campaigns by Thai powerful media in many different foreign languages, has instead given to Thailand a slap in the face by:
The Cambodian people have reasons to be thankful to the international public opinion for its fairness in listening to their voices telling the fact and the truth and referring only to the binding international convention treaty and legality.
Often times Thailand’s provocations and threats of using forces are real and therefore, they demand vigilance from Cambodians at all times. Well over two years now, since 15 July 2008, Thailand has learnt some sad lessons that it should not have messed around with Cambodia, under the wise leadership of Prime Minister, Samdech Akka Moha Sena Padei Techo Hun Sen who has the dream and the wisdom of building peaceful and developing areas along the border of Cambodia with Thailand and other neighbors, but is determined to lead a united Cambodia to defend her sovereignty and safeguard her territorial integrity.
Waddhana P
Senior Analyst and Researcher on
Cambodian-Thai Relations
Institute for International Affairs, Cambodia
1 February 2011

រៀបចំ IDS Khmer ម 11:46 AM No comments:
Email ThisBlogThis!Share to TwitterShare to FacebookShare to Pinterest 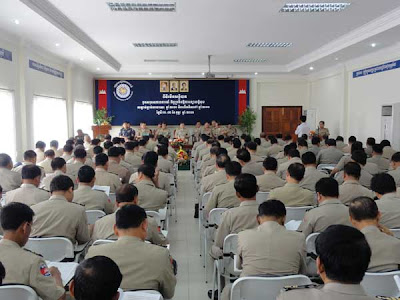 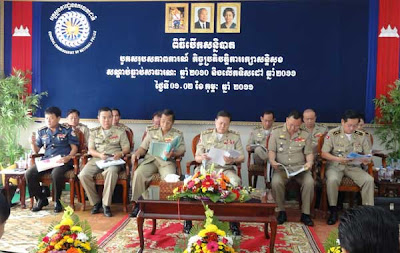 CamBn
រៀបចំ IDS Khmer ម 9:53 AM No comments:
Email ThisBlogThis!Share to TwitterShare to FacebookShare to Pinterest 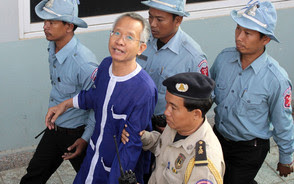