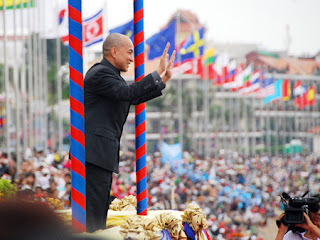 Phnom Penh has deployed more than 10,000 security forces across the city in anticipation of 5 million guests for the annual Water Festival, officials said Friday.
The festival of boat races and celebrations will last through Monday, when the moon is full, the largest collective revelry in the Cambodian calendar.
Cambodians from all walks of life will flock to the festival, which this year boasts 420 boats and nearly 28,000 racers, according to the national festival committee.
“Round-the-clock” security will include plainclothes policemen on the lookout for “all illegal activities, such as [bag] snatching, pickpocketing, robbery, theft and gangsterism,” said Touch Naroth, chief of Phnom Penh police.
“During the festival, we'll tighten security measures for high-ranking leaders and Cambodians around the country, because we're afraid offenders will take this opportunity to act illegally,” he said.
Police and military police will be deployed across seven security stations: Koh Pich, Chroy Changvar bridge, Wat Ounalom, Wat Botum, the Royal Gardens by the National Museum and Independence Monument.
During the three days, freight trucks and buses will be banned in city limits, to mitigate the already swollen traffic, said Has Pirum, head of municipal order and traffic offices.
Riverfront roads and those between the river and Norodom Boulevard will be closed to all but foot traffic between 11 am and midnight, he said.
Meanwhile, 300 city workers will be deployed to keep the gardens clear of debris, Sam Samuth, head of the municipal garden unit, said. More than 200 mobile toilets have been put in place on opposite ends of the riverfront promenade, he said. 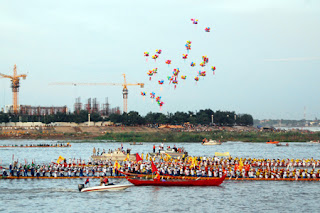 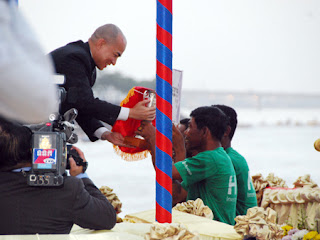 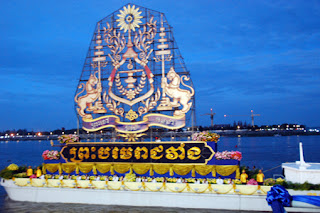 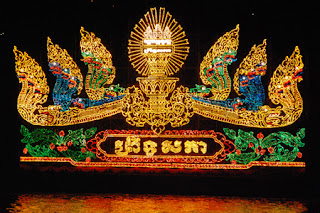 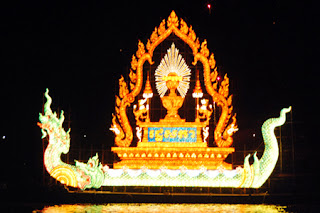 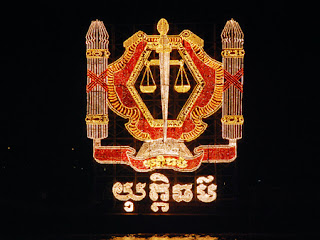 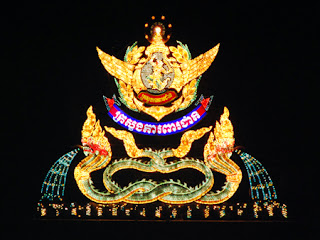 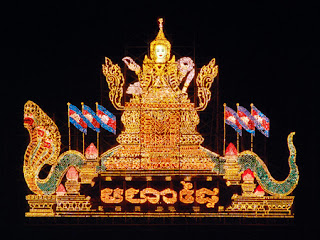 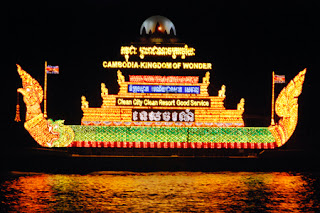 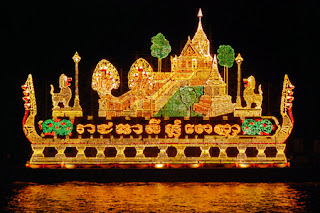 PHNOM PENH , July 12 KYODO
A Cambodian journalist working for an opposition newspaper has been shot dead along with his son in the capital Phnom Penh , police and witnesses said Saturday. Khim Sambor, 47, who worked for the Moneaksekar Khmer (Khmer Conscience) newspaper, which is allied with the opposition Sam Rainsy Party, was attacked along with his 21-year-old son by a pair of motorbike-riding assailants at around 6:30 p.m. Friday. Police sources and witnesses said the journalist was shot in the back as he was riding on motorbike driven by his son Khat Sarin Theata after they had left a sports stadium where they had been exercising. A gunman riding pillion on the assailants' motorcycle then shot the son in the chest as he was going to the aid of his father and telephoning for help.
The Sam Rainsy Party issued a statement Saturday calling the killing of Khim Sambor an ''assassination'' and ''a political threat,'' while expressing doubt that his killers would be apprehended. ''When one who dares to write or argue against those with absolute power is assassinated, the perpetrators behind the killing are never found nor tried according to the law. This clearly demonstrates the nature of those in power,'' it said.
The Moneaksekar Khmer newspaper has been involved in disputes with the government led for almost three decades by the Cambodian People's Party, most recently one that led to the arrest and detention last month of its editor-in-chief Dam Sith. Dam Sith, a senior Sam Rainsy Party member and parliamentary candidate, was charged with defamation and disinformation and sent to prison for pre-trial detention after Foreign Minister Hor Namhong filed a complain against him for printing allegations that the foreign minister had ties to the Khmer Rouge. The charge was later dropped under international pressure.
The killing of Khim Sambor comes amid the month-long official campaign season for the July 27 general election, which opened June 26. In its statement, the Sam Rainsy Party urged the international community to push for investigation of a series of assassinations in recent years, including those of Chea Vichea, leader of the Cambodian workers' trade union, Om Rasadi, a former parliamentian, ''as well as countless numbers of journalists, political activists and others.'' It also sought protection for Oum Sara, the party's information officer, who it said faced an assassination attempt on July 6.
Meanwhile the Cambodian Human Rights Action Committee issued a statement on the incident, saying the security and safety of journalists and human rights workers in Cambodia is being ''seriously threatened'' ahead of the election. It said the motive for Khim Sambor and his son was most likely related to his work as a journalist, and it called for the culprits to be arrested so that the incident does not make voters fearful ahead of the election.
KyodoJuly 12, 2008
រៀបចំ IDS Khmer ម 11:56 AM No comments:
Email ThisBlogThis!Share to TwitterShare to FacebookShare to Pinterest
Newer Posts Older Posts Home
Subscribe to: Posts (Atom)